To be as effective as possible, emergency alert and notification systems need to reach as many people as they can. This includes folks with access and functional needs, such as disabilities that make it difficult to respond to emergencies quickly.

The Federal Emergency Management Agency (FEMA) defines access and functional needs as including older individuals and people with physical, sensory, behavioral, mental health, intellectual, developmental and cognitive disabilities. Also included are people with limited English language skills, access to transportation, and/or financial resources to prepare for, respond to and recover from an emergency. And that’s a lot of people.

According to the Centers for Disease and Control Prevention (CDC), the United States counts around 61 million adults with disabilities. That’s about 1 in 4 adults, or roughly the population of Italy.

47.7 million of Americans have some hearing disabilities and 56.4 million people have some difficulty seeing.  Emergency alerts often overlook these vulnerable populations, which means that people with disabilities often encounter communications that are inadequate or effectively unavailable. This study by the National Council of Disabilities looked at several major disasters, including Hurricane Sandy and the Boston Marathon bombings, and outlined these common barriers to effective communication during emergencies:

● Televised emergency announcements by officials that do not include American Sign Language interpreters;

● Websites with emergency information that is not accessible to screen readers used by people who are blind or have low vision;

● Shelters at which no one is able to communicate with people who are deaf or hard of hearing;

● Emergency communication using language that is inaccessible to people with intellectual or developmental disabilities and people with limited English proficiency.

According to this fact sheet on aging in the United States created by the Population Reference Bureau, the number of Americans ages 65 and older is projected to nearly double from 52 million in 2018 to 95 million by 2060, and the 65-and-older age group’s share of the total population will rise from 16 percent to 23 percent. And while many older people stay sharp and capable, an older population means more people with diminished eyesight, hearing, mobility and thinking skills.

This Emergency communication survey from 2014 shows how people with disabilities received, verified, and shared emergency alert information during their most recent public alert: 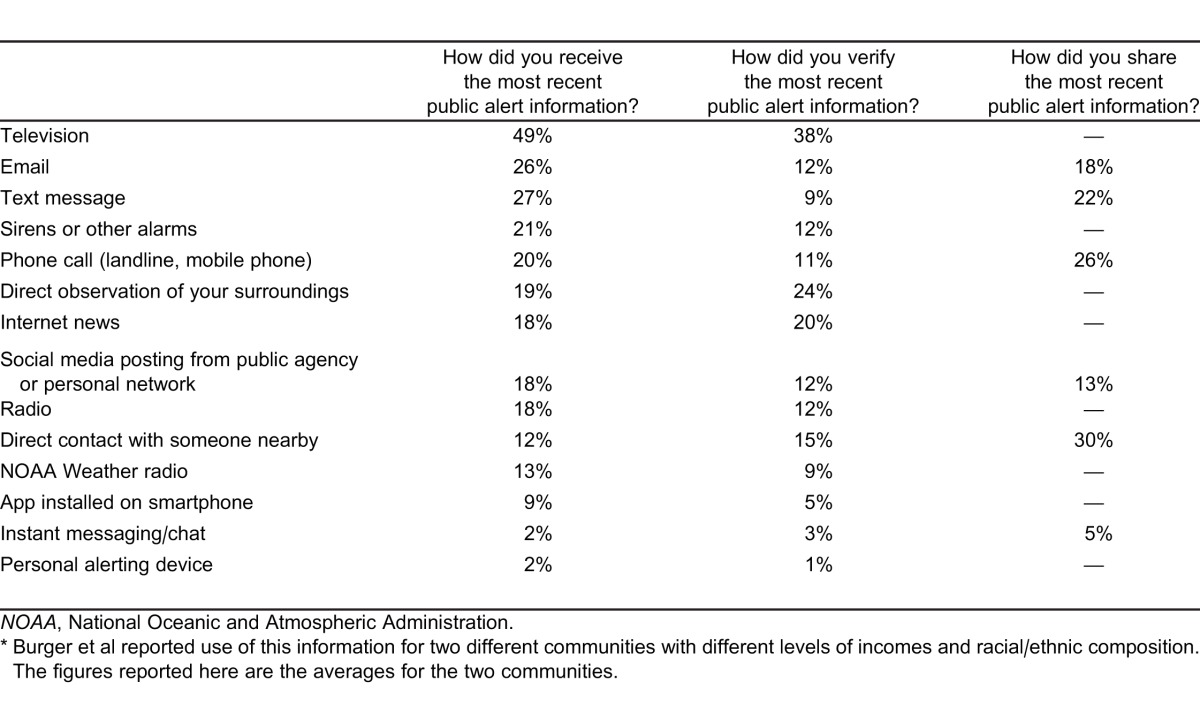 Because the survey is a few years old, we believe that the use of smartphone apps, IM and other web-based services has increased. But the general point remains: the more notification channels you use the better your chance to cover those with access and functional needs.  As the National Association for the Deaf puts it “There is no “one” system that is best for alerting citizens in an emergency. …the message should be sent out to as many people and in as many formats as possible (by television, radio, phone/TTY, computer, cell phone, text messaging, pager, and other means).”

As an emergency service provider, we’ve been working hard to make our Hyper-Reach notification system as accessible as possible:

We’re focused on making Hyper-Reach the best system for reaching the most people – with and without disabilities, access or functional needs. And we’re always looking for new ways to help.  So if you’ve got a suggestion, drop us a note at jveilleux@ashergroup.com.  Or for a demo, click here.

And if you want to do even more, consider Deaf Link, whose Accessible Hazard Alert System can deliver messages as videos in American Sign Language.