Of all the features that Hyper-Reach offers, we really like RecordTime, which enables you to record a voice message directly on your PC or laptop.

Before RecordTime, our customers had to go through a tedious procedure of recording their message by either calling it in or recording it using another application.   Then, they’d need to transfer the recording to the system for sending out to the public.

Now, with RecordTime, recording a voice message on your PC is as simple as clicking a button and talking into your PC-connected microphone.  The message is recorded directly within the Hyper-Reach system, so there’s no need to transfer files anywhere.  And because RecordTime uses your PC microphone instead of the telephone, the clarity is as good as it gets.

If you’re a Hyper-Reach client and haven’t tried RecordTime, give it a try.  And if you need help, just let your account executive know.

As many people saw, Washington State was ravaged by wildfires in July, destroying hundreds of thousands of acres of forest. Officials estimate the damage at six times the average annual area normally damaged by wildfire.

Stevens County – a Hyper-Reach client – was spared fatalities, in part, thanks to an effective evacuation campaign, aided by the new FEMA Wireless Emergency Alert (WEA) system, which is part FEMA’s IPAWS system.

The fire was the first time Stevens County public safety officials have used the Wireless Emergency Alert system, in addition to phone calls and texts sent by Hyper-Reach.  One advantage of the WEA system is that it reaches “wireless-only” households, where more than 40% of Washington State residents live.

The Hyper-Reach system enables public safety personnel to send WEA and other emergency alerts through the same standardized interface.  To find out more about how Hyper-Reach can enable emergency officials to access IPAWS, go to www.hyper-reach.com 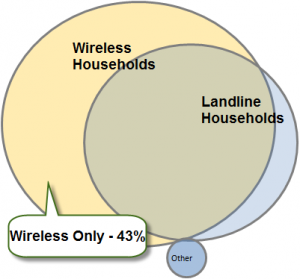 The Centers for Disease Control publish statistics twice a year showing the percentage of households that have landlines or mobile phones or both.

It’s an impressive study, with a huge sample.  But because it comes out six months after the data, we’ve developed a model to project where the US really is in terms of “wireless substitution” as they like to call it.

Based on the most recent data, we’re estimating that about 43% of all US households are “wireless-only”, meaning that they do not have a home landline.  So the only way you can reach them with a phone call or a text message is on their mobile phone.  And that’s for the US as a whole.  If you look at specific segments, such as the southern US, urban residents, younger people, etc., the wireless-only statistics are much higher.

By the end of the decade – maybe sooner – more than half the US will not be reachable via a landline telephone call.

A recent news item we saw says that 59% of survey respondents prefer to get emergency alerts by text, rather than by a voice call.

That’s not a surprise.  We did a quick search on Google news and found many articles showing the same thing in many different contexts.  Men who prefer to text rather than call girlfriends, low income patients who prefer text to interact with health care providers, college-age students, etc., etc.

It’s not everyone.  59% means that 41% prefer voice or some other method.  But it’s important.

So if folks prefer text, they need to register so you have their mobile number.  So why not give them the option to sign up for emergency alerts via text?  We’ve developed just such a method.  Drop us a note at jveilleux@ashergroup.com to find out more.

Last month, we decided to see if we could sign up residents with a booth at the Burke County, NC county fair (Burke County is a Hyper-Reach client.)  We learned a lot about getting citizens signed up for emergency alerts, lessons that can be put to good use by any agency trying to get more folks registered.  Here’s a quick summary:

Since wireless phones are so important (even people with landlines told us they don’t use them much), registration is critical.  So we’ve put together a “registration kit” with all of the materials we’ve developed so far.  Send us an email if you want a copy. 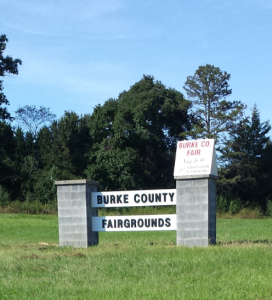