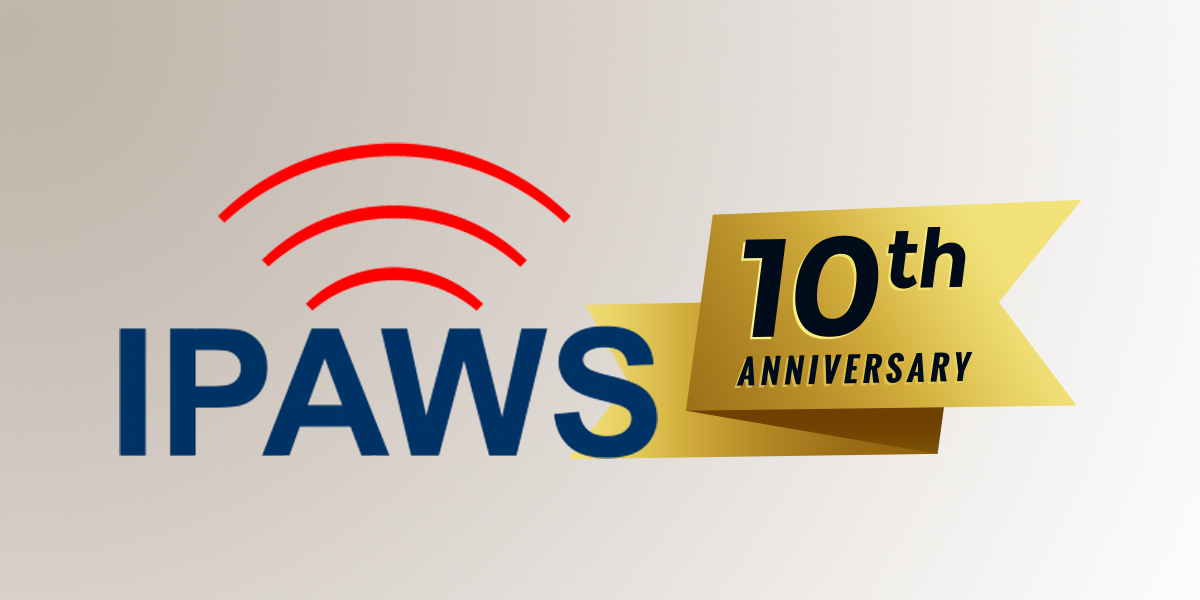 It’s been 10 years since Wireless Emergency Alerts (WEA) were added to FEMA’s IPAWS (Integrated Public Alert & Warning System) system. So we thought it was a good time to review where we are with adoption of this important system.

If you’re in emergency management, you already know that WEA are broadcast messages sent to compatible mobile phones from selected cell towers. As part of IPAWS, the messages are originated by government entities – called Alerting Authorities (AA’s), sent to the IPAWS network, which then distributes the message to mobile phone carriers. Although it’s voluntary, 100+ carriers participate in the WEA program, covering more than 99% of mobile phone subscribers.

There are more than 1,700 government agencies approved as Alerting Authorities, of which about 600 have used the system, sending more than 70,000 alerts over the past 10 years.

Adoption of WEA has grown rapidly over the past decade, but the rate of that growth has definitely slowed. Which might be ironic, since WEA has improved substantially in just the past few years. WEA messages can now be much longer (360 characters), offer more information (including a URL or phone number) and more precisely targeted (within 1/10th mile of the intended alert area.) That addresses most of the concerns people had with WEA initially. Jurisdictions that might have considered WEA messages to be a bad fit a few years ago can potentially make much better use of them today.

Although it’s estimated that WEA Alerting Authorities cover more than 70% of the US population, we think there is still a lot of progress to be made in adoption of WEA among potential users. It’s not clear, for example, that every county EMA has easy access to IPAWS for issues in their area.  And there are oddities that are apparent when you analyze what agencies have been approved for WEA.

Here are some observations based on FEMA’s list of AA’s:

We’re not suggesting that every airport or water authority needs their own access to WEA messages or the IPAWS system, but we are suggesting that the question is worth asking. If LAX and DFW should have WEA authority, why not ORD, ATL or DEN?  And if Clemson University is authorized, then why not UNC or UGA?

Of course some of these anomalies can be explained away by cooperative agreements, consolidated communications districts and the like. But we know of thousands of government agencies that have an emergency notification system that could be connected to IPAWS. If it’s important to these agencies to be able to alert the public by voice, text, email, etc., then why not IPAWS/WEA?